Switch to the dark mode that's kinder on your eyes at night time.

Switch to the light mode that's kinder on your eyes at day time.

Originally, the subreddit was made as a way to reduce picture posts of athletes from the main Olympic subreddit during the 2012 London games. Every third post seemed to be a user posting Michelle Jenneke's warm-up routine before running hurdles, or athletes who had modeled for Sports Illustrated's “body issue”

It made it very difficult for users to watch Olympic clips or read results on reddit in public without questionable images peppering the screen.

The subreddit is mostly reposts from photoshoots, such as the aforementioned sports illustrated body issue, photos from athletes public social media, gifs/photos from the Olympic games. Occasionally people try to post pics from that icloud hack a few years back, but the ohlympics community is very good at reporting any involuntary pornography and content that contains under 18 olympians and those posts get removed. Although there aren't many male athletes posted, the subreddit is an all inclusive place for attractive athletes of all genders and body types.

Before I answer this question I'd like to pull away from us targeting women as being sexualized. I could jump over to a “news” site such as buzzfeed and find articles labeled “top ten best buldges of the 2021 Olympics” “best abs of the Tokyo Olympic games” or “Literally Just Photos Of Tonga's Hot Flag-Bearer At The Tokyo Olympics Because Let's Not Kid Ourselves Here, Folks” all real articles involving sexualization, some significantly more extreme than I'm sure some people would like to share the front page of the site they get cooking or organizational articles from.

I don't believe we, as the viewer, and the Olympic committee, can and should have a say on what these athletes wear unless it creates an unfair advantage to the athlete or their team. If the athlete is or is not comfortable with their uniforms they should be able to voice that opinion without resistance.

In short, if the athlete feels over sexualized, it is their right to communicate that, and a solution be made. People are allowed to be seen as sexual beings or not, and that's allowed to change as they see fit.

I do think it's very awkward and in bad form for the Olympics to fine a team because they elected to wear shorts instead of bikini briefs when male athletes are wearing the equivalent of a basketball uniform for the same sport.

Again, I'm going to refer to my previous comment on singling out female athletes.

No. Many people are naturally attracted to other talented and determined people. Most Olympians have spent their whole life training their bodies and minds to be the best at what they do, and the end result are incredibly fit, both mentally and physically, people. All ohlympics does is create a space for people to share and view these impressive people. Putting content all in one place doesn't change the desire for that content.

Feel free to cite me as the moderator, 33, and I am a small business owner and investor. I would prefer not to have my real name used, based on the current comments being put on ohlympics by people who have just learned about the group, from recent articles using ohlympics as a lightning rod for a community issue.

What do you think? 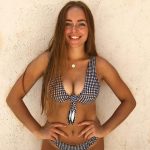 Back to Top
Close

Your password reset link appears to be invalid or expired.

To use social login you have to agree with the storage and handling of your data by this website.